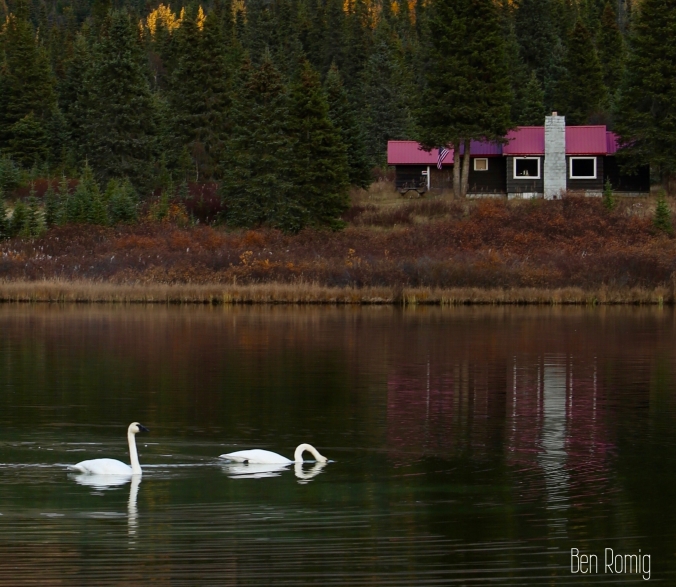 The beautiful Trumpeter swans initial out the I love and the flag on the remote cabin represents America. Gathering this time of year to migrate south . Some will usually stay around and often be seen at the outlet of Kenai lake and Skilak lake in slow moving unfrozen waters . Eating mostly green algae that lays just below the surface . Often a mallards or other waterfowl is present eating the green algae they have stirred up . Simply put “Most Beautiful ” waterfowl

Trumpeter swans show grace on lower summit lake in late fall .This time of year it is not uncommon to see pairs of swans pairing up with other swans for their long flight to other destinations to avoid winter . However some do winter in this area near the inlets and outlets of lakes where slow moving unfrozen water is present

The beauty of a Trumpeter swan is represented in this picture , the title that best describes this wonderful waterfowl is “Love Bird” 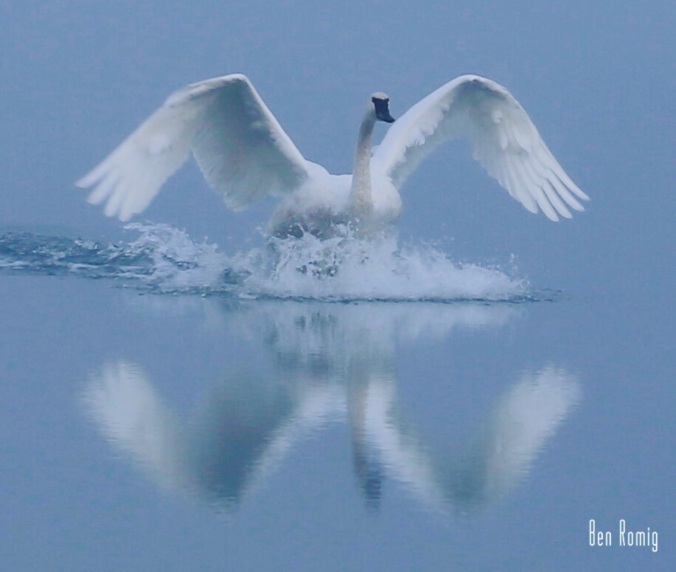 It’s been a great experience photographing the Trumpeter Swans who at once were almost hunted to extinction . Personally, I have never witnessed Trumpeter swans wintering in the numbers that they now do locally in Cooper Landing, Alaska . The winter of 2016 through 2017 I photographed over one hundred feeding on a mid-January afternoon in Kenai Lake and adjacent Kenai River . Although those local numbers are down to around Twenty or ten pairs this winter , seeing and watching their behavior is unlike witnessing any other wildlife. They will usually pair up for life and when a odd number are seen , it’s usually a Cygnet (immature Swan) that is the odd one without a lifelong mate . Often they will isolate a member of a group and that particular swan that has been isolated sometimes will spend the evening alone , sometimes miles from the group that it belongs to . This swan in the picture was one of seven I called in on a foggy morning as the group was scouting the opposite side of Kenai Lake in a heavy fog , the isolated swan had spent the night just below my cabin and I had pushed him into the lake earlier on my walk along the shore of Kenai Lake . As the odd number of seven mature Swans flew along the foggy north shore of Kenai lake , two honks from myself brought them over to my side of the lake where the swan they were looking for was . I thought they would flare off , but they landed within fifty feet of myself and my dog . This is one Landing 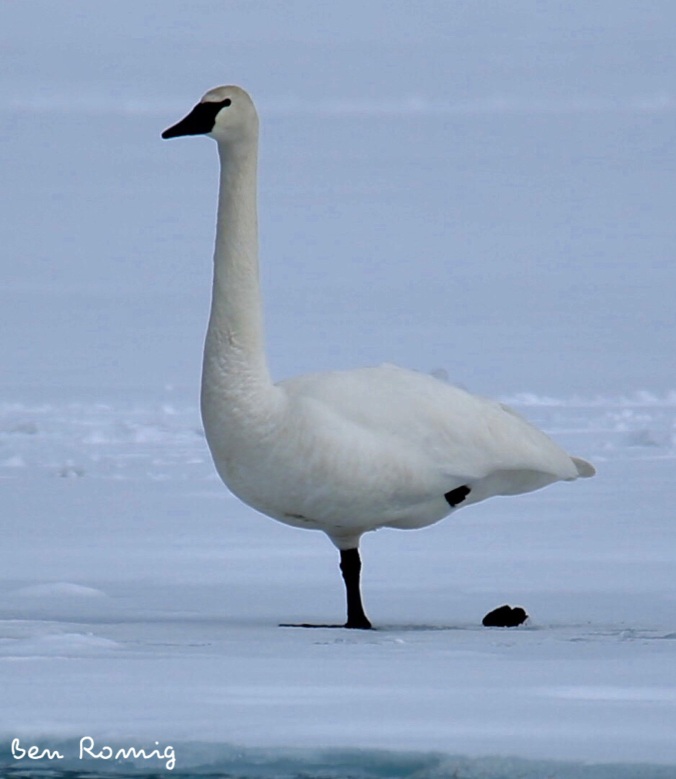 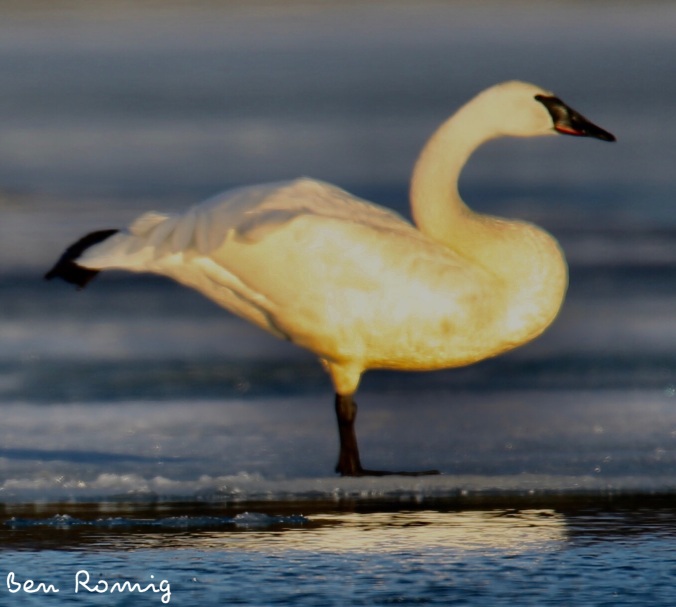 A Trumpeter swan will often stand on one leg . Other waterfowl will often do the same but it is not as obvious. Are they resting the other leg ? 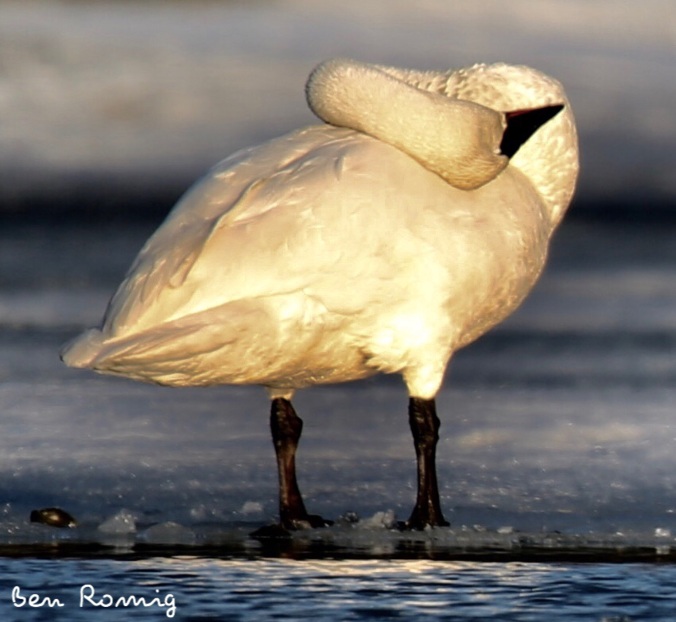